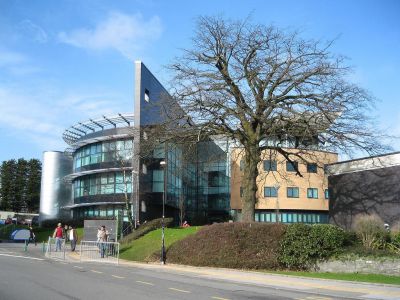 It is the third largest university in Wales in terms of number of students. The university campus is located next to the coast at the north of Swansea Bay, east of the Gower Peninsula, in the grounds of Singleton Park, just outside Swansea city centre. Swansea was granted its own degree-awarding powers in 2005 in preparation for possible changes within the University of Wales.

Swansea and Cardiff University compete in an annual varsity match, known as the Welsh version of the Oxbridge event, which includes the Welsh Varsity rugby and The Welsh Boat Race.