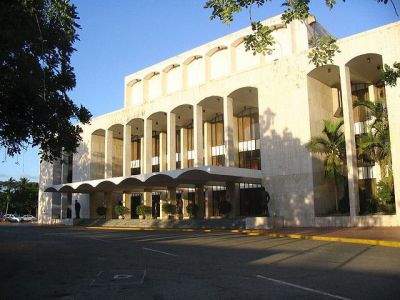 The building has four levels that, in addition to the two main halls, house the administrative offices, a reception hall, the Sala de la Cultura (Culture Hall) and a bar. The Sala de la Cultura, with a capacity of 220 spectators, was created for piano concerts, chamber concerts, symposia, seminars, and cultural events of similar scale.
Image by Gabriel Antonio Paulino on Flickr under Creative Commons License.
Sight description based on wikipedia