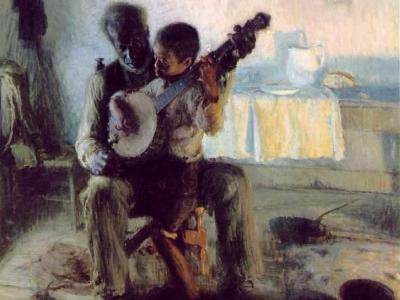 The Beach Institute was originally constructed in 1867 by the Freedmen's Bureau for the purpose of educating newly freed former slaves. It was named for the editor of The Scientific American, Alfred S. Beach, who was a major donor of the funds used to purchase the plot the Institute sits on.

Initially, the Institute has six hundred students, nine (primarily white) female teachers, and one male principal. The Beach Institute served as a school for freed slaves until 1875, when it was turned over to the Savannah Board of Education and became a free public school for African-American children. When other schools in the area opened and the Beach Institute was no longer needed, it was closed in 1919. Since then, it has been re-opened as an African-American cultural center and museum.

Works from Savannah-area African-American artists are on permanent display at the Beach Institute, including wood carvings from celebrated folk artists Ulysses Davis. Davis was a barber and self-taught sculptor, who made many of the tools he used to carve his artwork. Originally, his carvings were on display around the walls of his barber shop. Today, they're viewed by visitors from all over.