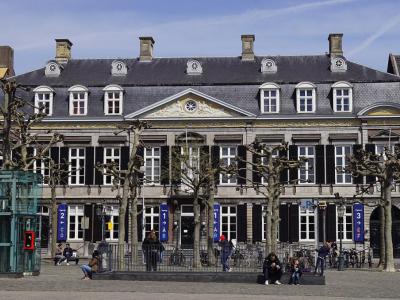 Theater aan het Vrijthof is one of the city's most important cultural venues. It was officially inaugurated in 1992. The theater is located in a beautiful palace built at the beginning of the 19th century. The largest hall, the Papyrus Room, seats about 855 people. The Papyrus Room hosts the majority of the theater's performances. The theater's repertoire includes both artistic and popular performances: dance and cabaret, classical and modern music concerts, musicals, dance, theater and drama. The theater cooperates with other cultural venues and participates in inter-cultural programs.
Image by Otter on Wikimedia under Creative Commons License.