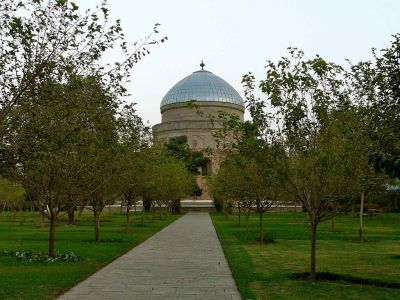 The mausoleum is an octagonal structure with a large outer dome built on a tall drum above an inside dome, designed in the Moghul and Afghan kings’ style. Since it was restored in 2012, the building serves as an important cultural and educational facility where various lectures, seminars and exhibitions take place. The park area by the Mausoleum is planted with mulberry trees.
Image Courtesy of Flickr and Justin Lau.
Sight description based on Wikipedia.