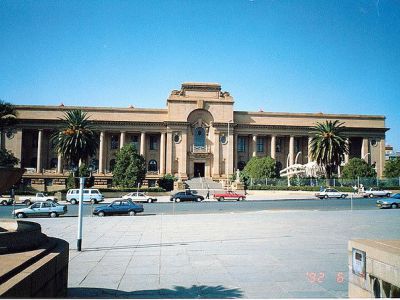 The Transvaal Museum curates large collections of Plio-Pleistocene fossils, as well as late Permian therapsids. In addition the museum holds very large collections of mammals, birds, reptiles, and invertebrates. The museum is located on Paul Kruger Street, between Visagie and Minnaar Streets, opposite the Pretoria City Hall.
Image by stuart001uk on Flickr under Creative Commons License.
Sight description based on wikipedia