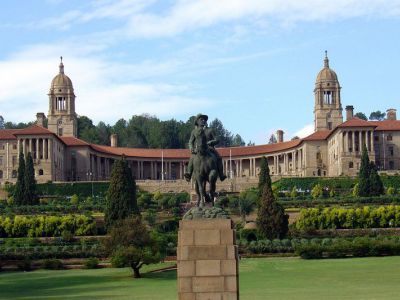 The Union Buildings, built from light sandstone, were designed by the architect Sir Herbert Baker in the English monumental style and are 285 m long. They have a semi-circular shape, with the two wings at the sides, this serves to represent the union of a formerly divided people. The clock chimes are identical to those of Big Ben in London.
Image by Davinci77 on Wikimedia under Creative Commons License.
Sight description based on wikipedia