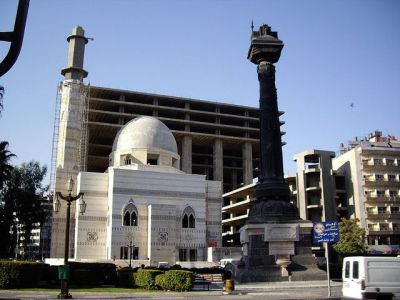 The Yalbugha Mosque, built in 1264, was a Mamluk construction located along the Barada River, overlooking Marjeh Square. It was one of the most famous, influential and beautiful mosques in Damascus, and served as a resting point of the Hajj caravan. It took its name from Yalbugha, the governor of Damascus, who restored it in 1443. The ancient mosque was demolished in 1975 and replaced by a larger one bearing the same name. The new mosque remains unfinished due to its uneven settlement.
Image by krebsmaus07 on Flickr under Creative Commons License.
Sight description based on wikipedia