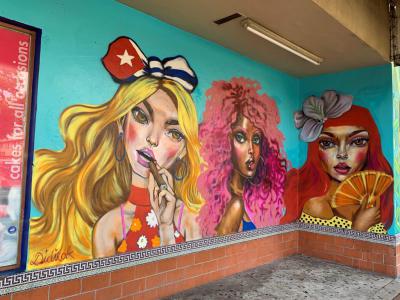 Yisell is a small authentic Cuban bakery, a quintessential part of Miami's Little Havana. This place is a real thing and is intended primarily for residents of the neighborhood, hence the lack of fancy decor and a rather casual feel.

But don't let yourself be deceived by this simplicity, as ordering anything from Yisell's menu will reward you with something truly spectacular – be it extremely good potato balls, a refreshing mamey batido, freshly-cooked delicious croquettas, or some killer potato-filled pastry, flaky on the outside and so tasty on the inside! Pastries with cheese, such as the guava and cheese pastelito — a puff pastry filled with guava paste and cream cheese balancing out the sweetness and tart elements of the guava, are never a bad idea either.

The popularity of this bakery is such that the display cases they have filled with pastries in the morning are usually out of almost everything by mid-afternoon. The little Yisell is a true little gem of Little Havana!

Tip:
Little Havana is a primarily Spanish speaking destination and, like most local businesses, Yisell caters to Cuban Americans. If you want to converse with their staff about products or anything related, brush up your Spanish or seek someone bilingual to help you out, for none of the workers here speaks much English.
Image by Phillip Pessar on Flickr under Creative Commons License.