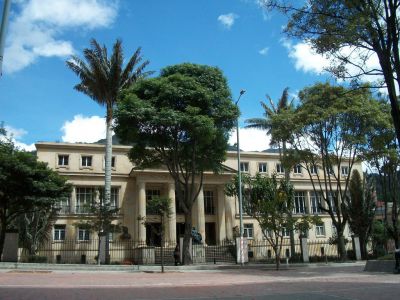 Founded in 1871 by a group of writer and philology specialist, including Manuel María Mallarino and Rufino José Cuervo, the father of Hispanic-American philology, and Miguel Antonio Caro, the Academia Colombiana de la Lengua is the first official Spanish language Academy to be founded outside of Spain. It is based in Bogotá. Since 1960 it officially assesses the Colombian government in language affairs and has obtained the passing of several regulations and laws favoring the Spanish language in the nation. Also in 1960 it hosted the third Congress of the Academies, in which the Bogotá Agreement was presented and signed.
Image Courtesy of Wikimedia and Pedro Felipe.
Sight description based on Wikipedia.