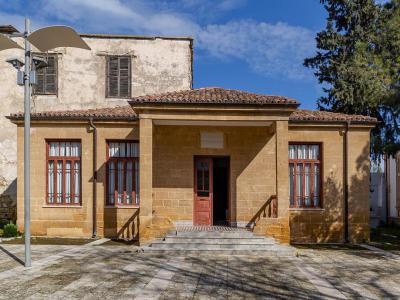 The Armenian Church and Monastery, initially named the Benedictine Abbey of Our Lady of Tyre, was raised in the 13th century. Originally intended as a convent for Cypriotic nuns, in 1571 the Ottomans handed the building over to the Armenian population of Nicosia as a reward for their support. The building was designed in the Gothic style, its distinguishing features being the splendid nave with cross vaults, and a newer unique bell tower. It houses several tombs, the oldest dating back to the 14th century.
Image by placid casual on Flickr under Creative Commons License.