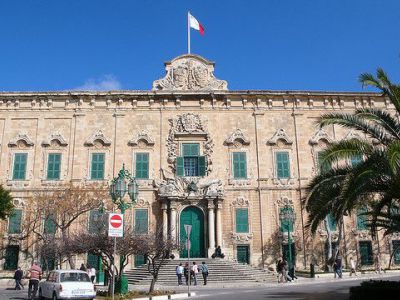 Auberge de Castille is currently used as the office of the Prime Minister of Malta. The auberges were intended mainly as the residences of knights who did not have a home of their own in Malta. Auberge de Castille was the official seat of the Knights of the Langue of Castille, Léon and Portugal, one of the most powerful of the Order. It is located at the highest point of Valletta and originally looked out on the rolling countryside, giving it a unique view unsurpassed by any other building in the city.
Image by Cebete on Flickr under Creative Commons License.
Sight description based on wikipedia