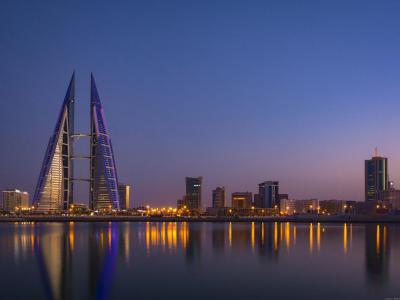 The two towers are linked via three skybridges, each holding a 225kW wind turbine, totalling to 675kW of wind power production. Each of these turbines measure 29 m (95 ft) in diameter, and is aligned north, which is the direction from which air from the Persian Gulf blows in. The sail-shaped buildings on either side are designed to funnel wind through the gap to provide accelerated wind passing through the turbines. This was confirmed by wind tunnel tests, which showed that the buildings create an S-shaped flow, ensuring that any wind coming within a 45° angle to either side of the central axis will create a wind stream that remains perpendicular to the turbines. This significantly increases their potential to generate electricity.
Image Courtesy of Flickr and dunzki.
Sight description based on Wikipedia.