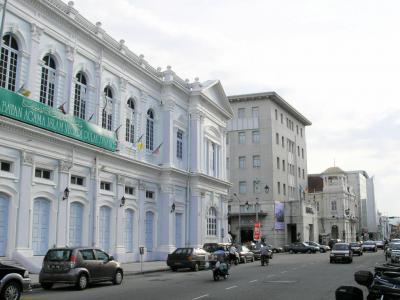 Beach Street is a major thoroughfare and part of the central business district in George Town, Penang, Malaysia. It is also one of the oldest streets in Penang, having been created soon after the founding of Penang by Captain Francis Light in 1786. The concentration of Malaysian and international banks around Beach Street has made George Town the financial hub within northern Malaysia. In addition, Beach Street is within the UNESCO World Heritage Site, thanks to the colonial architecture of the bank headquarters and other commercial buildings along the street. Administrative buildings built by the British also once stood along Beach Street; however, these buildings were destroyed during World War II.
Image by Gryffindor on Wikimedia under Creative Commons License.
Sight description based on wikipedia