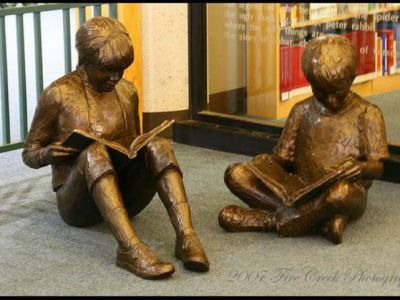 Beale Memorial Library was established at the beginning of the 20th century. The building, furnishings, and a number of collections were donated to the city by the Beale family in memory of General Edward F. Beale. The original library building was ruined in the earthquake of 1952. Beale Memorial Library moved into the new, 130,000-square-foot building on Truxtun Avenue in 1988. It serves as Kern County's central research library and has about 300,000 items, including a huge local history and genealogy collection.
Image Courtesy of Flickr and Barbara Butler- FireCreek Photography.