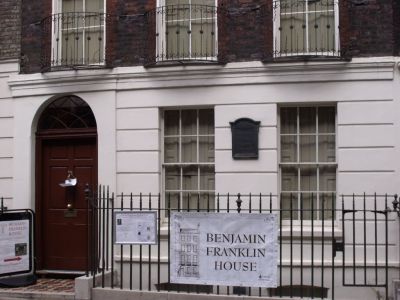 Benjamin Franklin House is a museum in a terraced Georgian house at 36 Craven Street, London, close to Trafalgar Square. It is the only surviving former residence of Benjamin Franklin, one of the Founding Fathers of the United States. The house dates from circa 1730, and Franklin lived and worked here for sixteen years. The museum opened to the public on 17 January 2006. 36 Craven Street retains a number of original features (including original floorboards, original ceilings, and original fireplaces) with relatively few later alterations.