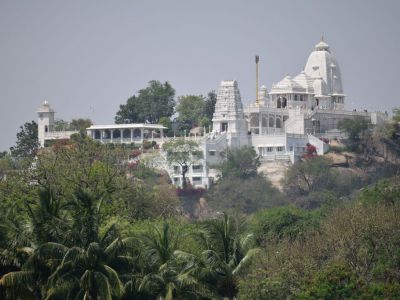 Apart from the main shrine, the consorts of Lord Venkateswara, Padmavati and Andal are housed in separate shrines. The temple also has separate shrines for various Hindu gods and goddess including Shiva, Shakti, Ganesh, Hanuman, Brahma, Saraswati, Lakshmi and Saibaba. Selected teachings of holy men and Gurbani are engraved on temple walls. Birla temples are open to all, as identified by Mahatma Gandhi and other Hindu leaders.
Image Courtesy of Wikimedia and Nikhilb239.
Sight description based on Wikipedia.