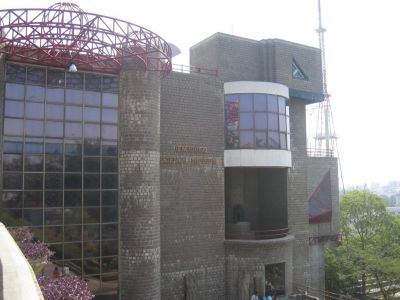 The Dinosaurium is the newest addition to the planetarium and science center and opened in 2000. Its exhibits include a 160-million-year-old mounted Kotasaurus Yamanpalliensis, excavated at Adilabad district in Andhra Pradesh and presented to the Science Museum by the Geological Survey of India. The Dinosaurium also has a collection of smaller fossils of dinosaur eggs, marine shells and fossilised tree trunks.
Image Courtesy of Flickr and Andrew Rivlin.
Sight description based on Wikipedia.