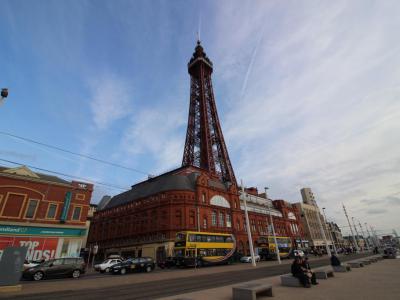 The top of the tower is known as The Blackpool Tower Eye. It was previously known simply as the "Tower Top", until it reopened on 1st September, 2011, having closed down the previous year for refurbishment, as part of the renovation of the entire Blackpool Tower complex, during which it was acquired by Merlin Entertainment.The original ballroom, the Tower Pavilion opened in August 1894. It was smaller than the present ballroom and occupied the front of the tower complex. The tower is a member of the World Federation of Great Towers.
Image Courtesy of Wikimedia and Dave Green.
Sight description based on Wikipedia.