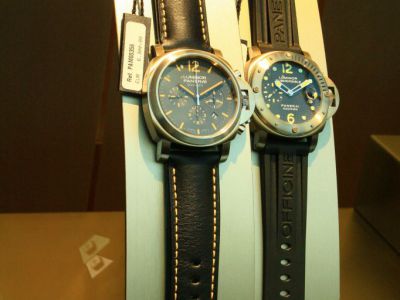 The company opened its first watch shop in 1860 in Florence and has a history of providing watch proof watches to Italian navy. Panerai’s flagship shop in Florence (their very first boutique) is called “Bottega Panerai” and is located in Piazza San Giovanni 16/R in the historic building of Palazzo Arcivescovile and opens Mon - Sat: 9.30 am to 7 pm; Sun: 11 am to 7 pm.
Image by Morena Menegatti under Creative Commons License.