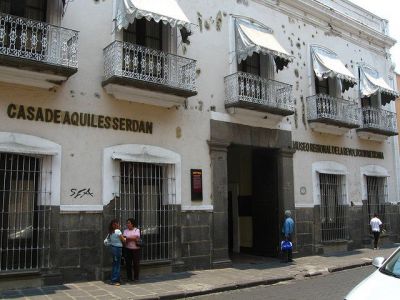 Casa de Aquiles Serdán is a prominent historical monument of the city of Puebla, which bears an incontestable value to the citizens of this Mexican city. The house, through its existence, commemorates the tragic event that took place in 1910, when members of the Aquiles Serdán family were murdered. The event is considered to be one of the triggers that led to the Mexican Revolution. 50 years later, the house is restored and open to serve as a museum, from Tuesday to Sunday from 10am till 5pm.
Image by Hector Garcia on Flickr under Creative Commons License.