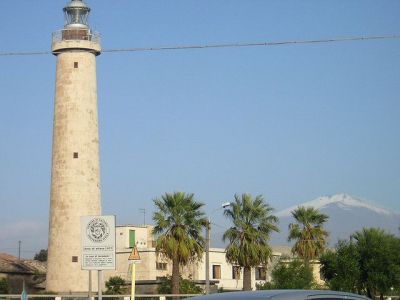 Faro di Sciara Biscari or Catania Lighthouse was built in 1951. It forms the entrance to the city and 'greets' those who arrive in Catania by sea. This high tower flashes with white light every 5 seconds. The lighthouse tower is painted white with a grey lantern dome. It is a interesting site to see.
Image by Misterjncks on Flickr under Creative Commons License.