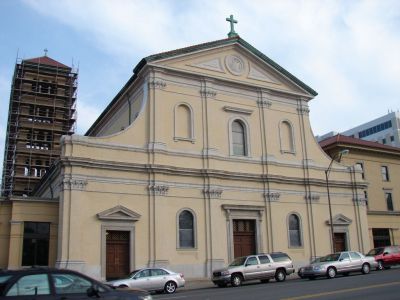 Cathedral of the Incarnation, Nashville

The church's architecture is modeled after the traditional Roman basilica, specifically the basilica San Martino ai Monti in Rome.
Image Courtesy of Wikimedia and The Peep Holes.
Sight description based on Wikipedia.