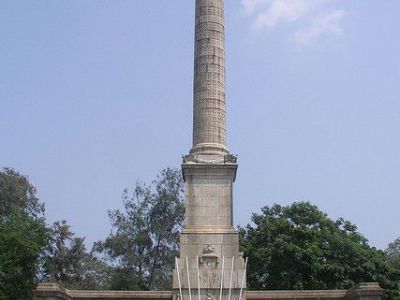 The Cenotaph War Memorial in Viharamahadevi Park, Colombo is dedicated to the men and women from Ceylon died during the two world wars, it comprises a towering Cenotaph and Memorial Walls. It was originally built in the 1920s to remember both Ceylonese and Europeans from Ceylon who were killed in the World War I, was constructed at the Galle Face Green. It was dismantled and re-erected at Victoria Park, during World War II after fears that the Japanese might use it as a marker to direct their artillery.
Image by Argenberg on Flickr under Creative Commons License.
Sight description based on wikipedia