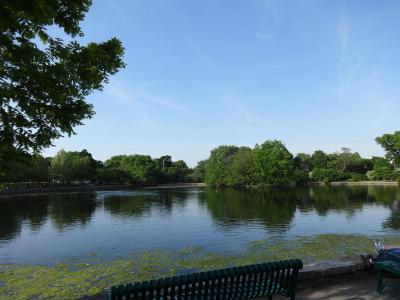 Centennial Park is a large urban park located approximately two miles (three km) west of downtown Nashville, across West End Avenue (U.S. Highway 70S) from the campus of Vanderbilt University and adjacent to the headquarters campus of the Hospital Corporation of America. The 132-acre (0.53 km2) park was originally farmland that had belonged to Anne Robertson Johnson Cockrill. She was the first teacher in the state and sister of General James Robertson.

Centennial Park is the site of the climactic scene in Robert Altman's "Nashville", a picture beloved of many film critics. The park's bandshell is also the site of the annual "Shakespeare in the Park" presented by the Nashville Shakespeare Festival from late August to early September. From out-of-towners on tour buses to locals just coming to chill, from free concerts to a replica of the Parthenon, Centennial Park has it all. Great place to go eat lunch and walk a little if you're having a stressful day, or for a family picnic and recreational activities.

Tip:
The lake has lots of geese and ducks – bring some snacks to feed them – and the squirrels.
Image by Michael Rivera on Wikimedia under Creative Commons License.
Sight description based on wikipedia