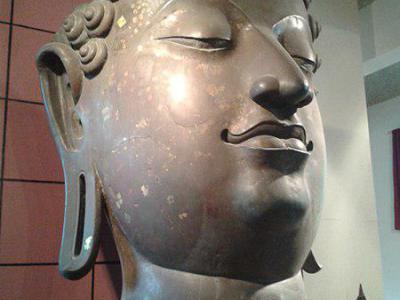 Opened to the public in 1973 under the patronage of the King and Queen of Thailand and run by Chiang Mai's Fine Arts Department, the Chiang Mai National Museum is dedicated to the history of the Kingdom of Lanna of which the city was the capital. It is housed in a building designed using the architecture of old Lanna style structures with two floors and a unique traditional roof.

The Chiang Mai National Museum has six sections that include the background of the Lanna region from prehistoric times, the history of the Lanna Kingdom, trade and economy, art, Chiang Mai as part of Siam and Chiang Mai today. There are also dioramas showing Lanna under Burmese rule and the subsequent overthrow of the Burmese and other battles that were fought during the Lanna era. There is also an impressive collection of coins, weaponry, portraits and photographs of the Lanna Royal family.

Why You Should Visit:
It's always good to learn a little about the destination that you are visiting and this small museum, spread over two floors, will enlighten you on the history and culture of Northern Thailand.
There are plenty of exhibits to peruse and they are explained in both Thai and English. The standout display is the amazing ancient Buddha's Footprint which features tiny inlaid mother of pearl work.

Tip:
The place is very clean and well organized; you do have to leave your bags in a locker, but you can take your phone or camera – just no flash photography.