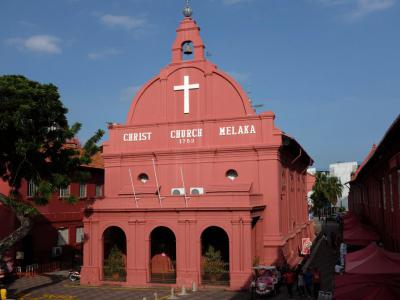 The church is built in Dutch Colonial architecture style and is laid out in a simple rectangle of 82 feet by 42 feet. The ceiling rises to 40 feet and is spanned by wooden beams, each carved from a single tree. The original Dutch windows were reduced and ornamented after the British takeover of Malacca and the porch and vestry were built only in the mid-19th century.
Image Courtesy of Flickr and Jnzl's Photos.
Sight description based on Wikipedia.