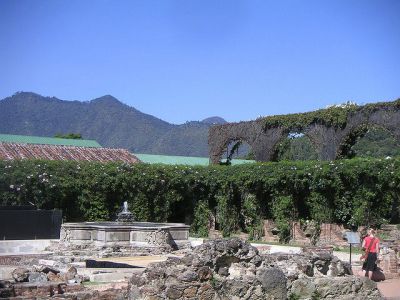 The church of Santo Domingo is all that remains of the 16th-century convent of Santo Domingo's Order – one of the most important orders at the time. Founded in 1542, the convent became the largest and richest in Antigua; unfortunately, however, it was destroyed by quakes in the 18th century and was not excavated until the 1970s, finally becoming part of the hotel that opened two decades later.

Domestic areas and kitchens, skeletons held behind glass, chapels, stairways and fountains are just some of the things you'll see here. The site also houses several museums that offer exhibits of colonial and pre-Columbian art, archaeology, and even silver work, so there's quite a bit to take in if you have time on your hands!
Image Courtesy of Flickr and Greg_and_Annie.