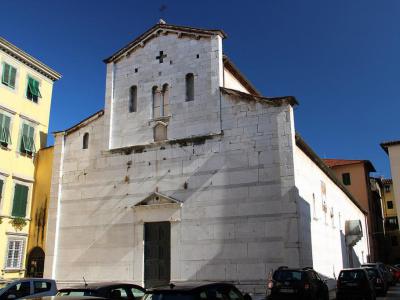 Chiesa di Sant'Alessandro is a Roman Catholic parish church, first mentioned in a document dated 893. The building is of the basilica type with features similar to those of local Romanesque architecture, characterised by a sober classicism. The present building, however, contains the structures of an older church, whose date of construction is still a matter of controversy, and whose features are surprisingly close to those of Roman architecture. This church is a rare and good preserved example of medieval classicism, an evidence of survival in Italy, during Dark Ages, of Roman architectural tradition. The small building can be compared only with monuments as the Baptistry in Florence or the Basilica of San Salvatore in Spoleto.

Sacred Tour in Lucca Part I

The Famous Gates of the Walled City of Lucca Walking Tour