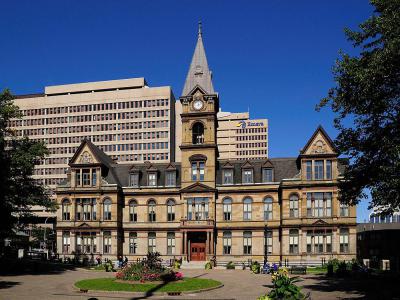 Designed in an eclectic, monumental style, the building is of cream and red sandstone, laid in the freestone technique. It also features granite construction on the ground floor and in the tower. The seven-storey tower has clock faces on the north and south sides. The northern face is fixed at four minutes past nine to commemorate the Halifax Explosion of 1917.
Image by Gillian on Flickr under Creative Commons License.
Sight description based on wikipedia