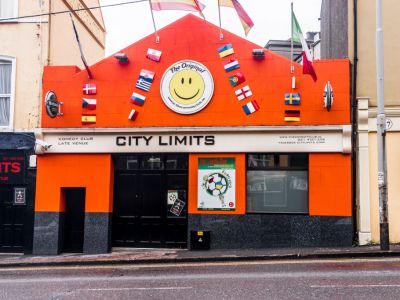 A great place to catch a live comedy act by any one of its local or overseas comedians, City Limits also includes a nightclub for its guests to dance in between acts. A small club, City Limits can pack in around 200 guests, which makes for an intimate experience between the performer and the audience. There are currently two shows a week, on Friday and Saturday nights. A few notable comedians came up performing here, including Ed Byrne, Dylan Moran, and Tommy Tiernan. For over twenty years, City Limits has gained a deserved reputation as Cork’s best comedy club, and notable entertainers worldwide have regarded it as Ireland’s best.