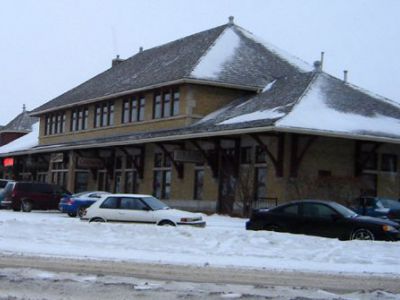 The city of Saskatoon is served by Via Rail's The Canadian service, however it now calls at the New Saskatoon Railway Station located southeast of the downtown core. Saskatoon's CP station is located at 305 Idylwyld Drive, in the Caswell Hill Neighborhood, Core Neighbourhoods Suburban Development Area. The CP station has not been used as a rail station for many years, and currently houses several businesses. Received the 1995 SAHS (Saskatchewan Architectural Heritage Society) Heritage Architecture Excellence Awards which was bestowed by Saskatchewan’s Lieutenant-Governor.
Image by Julia Adamson on Wikimedia under Creative Commons License.
Sight description based on wikipedia