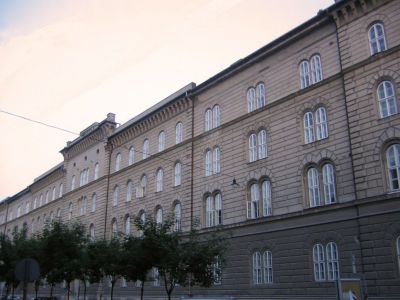 Dicasterial Palace houses the headquarters of Timisorean Court, Timis Tribunal and Court of Appeal. It was built between 1855 and 1860 and it was originally designed to serve as the residence of Banat’s governor. The palace is a monumental construction, which for a long time, was the grandest building in Timisoara, due to the fact that it was built on a long, three-street stretch. At the beginning, the palace had 273 offices, 34 rooms for servants, 34 kitchens, 65 cellars, 27 warehouses; all of these were grouped within three interior yards. The building was raised in the Italian Renaissance style, imitating the Medici Palace in Florence.
Image by Radufan on Wikimedia under Creative Commons License.