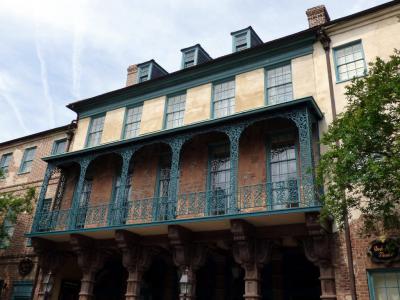 The first North American theatrical production happened in Charleston in January 1735, when a nomadic troupe performed Thomas Otway's "The Orphan" in the city's courtroom. The play's success led to the building of the Dock Street Theater, which reopened for the third time in 2010, after a three-year, $19 million restoration. It definitely has an artsy feel with its French influences, as it stares across the street at the Huguenot Church, and is almost in the shadow of St. Philip's.

In addition to a very active and well-regarded annual season from the resident stage company, the venue has hosted countless events of the Spoleto Festival over the decades and continues to do so. The wonderfully restored interior is worth checking out whether or not you come see a show; just go into the lobby and ask to have a look around.

Why You Should Visit:
Just walking around the area is worth the trip (pure Charleston!), but this actually is a charming, snug (seats about 500), warm (lots of woodwork) and overall remarkably comfortable theater, with acoustics that are easy on the ears. Also a great bathroom break spot if you're exploring the French Quarter on foot.