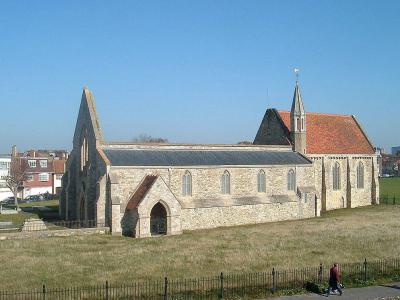 Towards the end of the 17th century it fell into disrepair until it was restored in 1767 to become the Garrison church. On 10 January 1941 the buildings of Domus Dei were partially destroyed in an attack by German bombers. The Garrison church remains, albeit roofless, as a popular tourist attraction. It was also used as the set for Horatio Hornblower's wedding in Hornblower:Duty, 2003.
Image by Margaret Anne Clarke on Flickr under Creative Commons License.
Sight description based on wikipedia