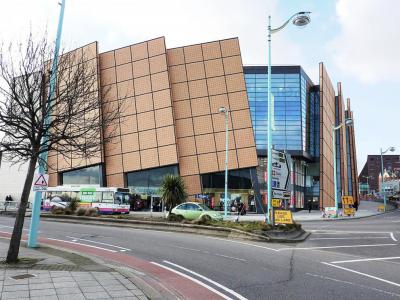 Drake Circus Shopping Centre is a 425,000 square feet (39,484 m2) covered shopping mall in the centre of Plymouth, England, which opened in October 2006.
The new building was designed by London-based architects Chapman Taylor and built by Bovis Lend Lease. Situated behind the ruined Charles Church, preserved as the city's civilian war memorial, the building provoked a mixed reception.
In 2007 it won two retail industry national awards, one of which was the Retail Week magazine's "Shopping Location of the Year".
Image Courtesy of Wikimedia and Tom Jolliffe.
Sight description based on Wikipedia.