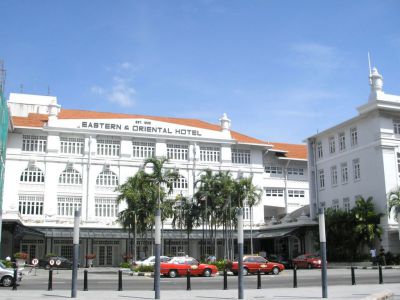 The Eastern & Oriental Hotel is a colonial-style hotel that was established in 1885 by the Armenian Sarkies Brothers. This sea-front property is known for its luxurious accommodation and restaurants. The hotel was originally just the Eastern hotel, but the brothers had such success with it that they constructed the Oriental Hotel soon after and merged the two together. The Armenian Sarkies Brothers also established the world-famous Raffles Hotel in Singapore. The Eastern & Oriental Hotel suffered a downturn in fortunes after World War II, and was even closed for a time in the 1990s. It reopened under new ownership in 2001.
Image by Gryffindor on Wikimedia under Creative Commons License.
Sight description based on wikipedia