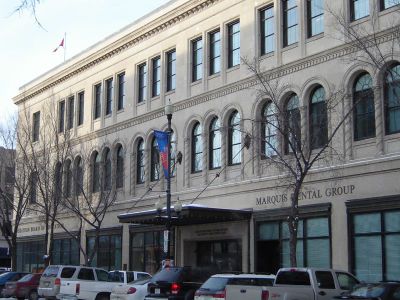 In 1970, Eaton's relocated its store to the nearby Midtown Plaza. Serving briefly as athlete housing for the 1971 Canada Winter Games, the building was subsequently occupied from 1973 to 2000 by an outlet of the Army & Navy discount department store.
Image by Julia Adamson on Wikimedia under Creative Commons License.
Sight description based on wikipedia