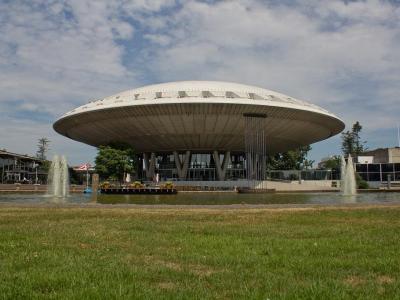 In the 1960s and 70s it attracted large visitor numbers, since its interactive exhibitions were a new and unique concept in the Netherlands at that time. But when competing science museums opened in other cities, the number of visitors to the Evoluon declined every year. After several years of losing money, the original museum closed down in 1989 and the Evoluon was converted into a conference center, opening in 1998.
Image Courtesy of Wikimedia and GVR.
Sight description based on Wikipedia.