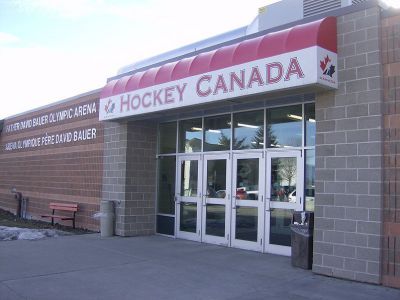 Canada is a country passionate about ice hockey, and one of the world's best ice hockey stadiums, Father David Bauer Olympic Arena, is located in Calgary, Alberta, Canada. This stadium has a seating capacity of 1,750 and over 2,000 standing room capacity.

This arena is aptly named after a famous hockey pioneer and a Hockey Hall of Famer, Father David Bauer. Ice surface size in this arena is 200 ft by 100 ft. Norma Bush Arena is another arena attached to this facility. This arena features an artificial surface measuring 185 ft by 85 ft.

Currently, this arena is home to Calgary Dinos University hockey team and the Alberta Junior Hockey League’s Calgary Mustangs. It is used as a training facility for the junior national teams and is also home to the Alberta Midget Hockey League’s AAA Midget Flames and Hockey Canada.

Some of the ice hockey events were held at this arena during the 1988 Winter Olympics. Mac’s AAA midget hockey tournament is also held here every year. Do not miss a visit to Father David Bauer Olympic Arena that is located close to the University of Calgary within the Foothills Stadium and McMahon Stadium complex.
Image by Thivierr on Wikimedia under Creative Commons License.