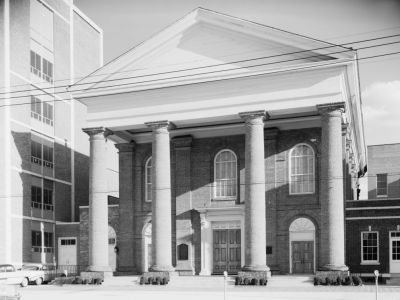 The following year, in 1860, the Church was the site of the first state convention to discuss secession following the election of Abraham Lincoln as President of the United States. It was chosen because it was the largest meeting place in Columbia. Under the chairmanship of D. F. Jamison, a unanimous vote of 159-0 in favor of secession on December 17, 1860 led to South Carolina seceding from the United States Six other states would follow South Carolina's lead before the Battle of Fort Sumter; some felt if they did not secede now, they might lose the argument that a state had the right to secede, a right that has never been confirmed or denied by a court of law.
Image Courtesy of Wikimedia and Jack Boucher.
Sight description based on Wikipedia.