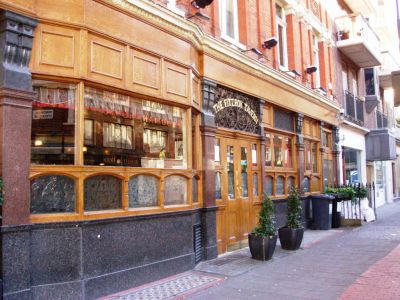 An historic public house in the Fitzrovia district, the Fitzroy Tavern has an esteemed past as the place where many intellectuals, artists, and bohemians were regular guests. Among its list of well-known figures, the Fitzroy Tavern has attracted the likes of prominent literary figures such as Dylan Thomas and George Orwell, and even has a photograph on the wall of the writer enjoying a night in the pub, as well as photos of other prominent people who have visited here. Originally built as the Fitzroy Coffee House in 1883, this great pub is now run by the Samuel Smith Brewery, and features a great selection of ales at good prices. Wednesday nights regularly host comedy in the downstairs bar area.