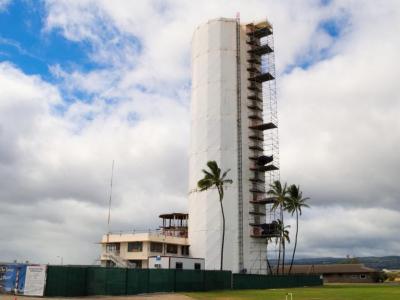 Ford Island is a US navy installation located in the center of Pearl Harbor, and connected to the mainland by the Admiral Clarey Bridge. The island itself is home to several different military facilities, as well as four groups of housing for military personnel and their families.

Unlike some other military installations, Ford Island is not a man-made island. It was originally named Moku 'ume'ume, the isle of attraction. It was named Ford Island after Dr. Ford, a doctor who practiced at the U.S. Seamen's Hospital and the Hawaiian Insane Asylum in the mid 1800s. The United States military purchased the island during World War I, and stationed personnel there in 1918.

Ford Island was originally the site of a naval air station, and the center of the attack on Pearl Harbor since it is surrounded by battleship moorings. In 1962, it was decommissioned as a separate command and placed under the control of the Pearl Harbor Naval Base. In 1964, the island was declared a National Historic Landmark, and was placed on the National Register of Historic Places in 1976. Before 1998, the island was accessible only to military personnel and their families. Since the construction of the Admiral Clarey Bridge, civilians can visit the island and the USS Missouri and Pacific Aviation Museum Pearl Harbor.
Image by cliff1066™ on Flickr under Creative Commons License.
Sight description based on wikipedia