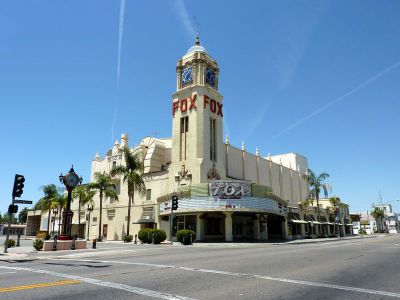 Today, the Fox Theater is the heart of Downtown Bakersfield's arts and entertainment district. The theater is home to FLICS, Bakersfield's foreign film program which runs fall through spring yearly, showcasing the best foreign film of the past year. The Fox Theater also sees a variety of music stars including Cyndi Lauper, Olivia Newton John, and Switchfoot. The Theater also hosts numerous local dance recitals, as well as performing arts events such as Russian ballet.
Image Courtesy of Wikimedia and Bobak Ha'Eri.
Sight description based on Wikipedia.