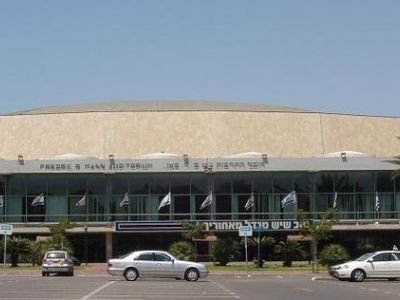 Also known as the Culture Palace, the Fredric R. Mann Auditorium in Tel Aviv was opened at Habima Square in the year 1957. This performing arts venue is home to the Philharmonic Orchestra. It was here that the inaugural concert of Leonard Bernstein was held. At this concert, pianist Arthur Rubinstein was a soloist. The center also hosted a performance by Bob Dylan during his 1993 European tour.

The auditorium was opened formally by the State of Israel and Tel Aviv city officials on 1st October 1957. Construction of this auditorium was a challenging process that required import of experts and materials from abroad. This auditorium is named after Frederic R. Mann of Philadelphia, its chief benefactor.

Today, the auditorium is frequented by thousands of tourists. They come here to enjoy its sophisticated ambience and a range of cultural programs. This hall is known especially for its flexible functionality and for its size. It has hosted performances of many well known musicians including Izhak Perlman, Leonard Bernstein, Isaac Stern, Daniel Barenboim, Yehudi Menuhin and Arthur Rubinstein.

International and national assemblies and conferences are held at this auditorium too. Do not miss a visit to this wonderful auditorium that is Israel’s cultural hub.
Image Courtesy of Wikimedia and Matanya.