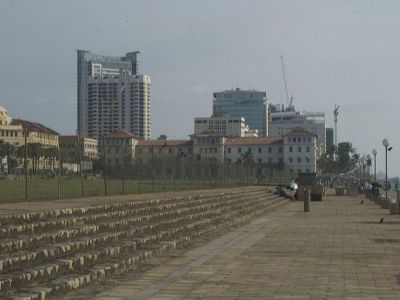 The Galle Face Green is currently a 5 hectare ribbon strip of land between Galle Road and Indian Ocean which is now the largest open space in Colombo. This is a popular destination for children, vendors, teenagers, lovers, kite flyers, merrymakers and all those who want to indulge in their favorite pastimes next to the sea under the open sky. On Saturday and Sunday evenings, the land is busy with day trippers, picnickers and food vendors.
Image by clurr on Flickr under Creative Commons License.
Sight description based on wikipedia