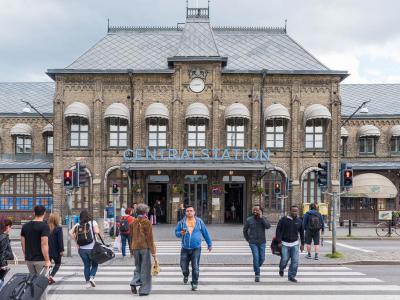 In 1923 a fire destroyed parts of the station, so the interior had to be rebuilt. The current interior design is similar to the 1923 model with wood pillars, glass ceiling and a floor made of limestone. During the 19th and early 20th century about one million Swedish emigrants passed the station in order to get to the harbour. Their final destination would be America.
Image by Matthew McPherson on Wikimedia under Creative Commons License.
Sight description based on wikipedia