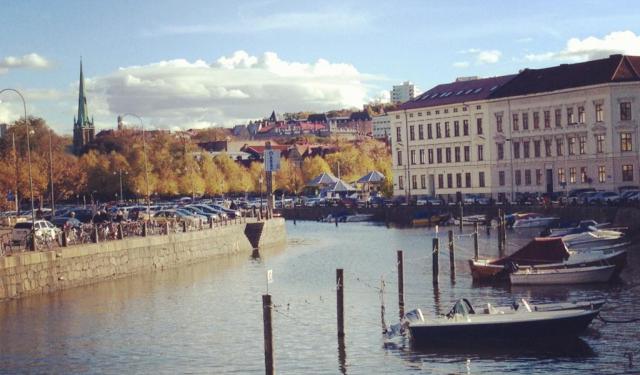 Gothenburg is Sweden’s second-largest city. Its river-side location has been vital in its development from a trading colony to a modern, vibrant city. Today, Gothenburg is known for its culture, fabulous cuisine, and international flair.

Gothenburg was founded in 1621 by King Gustavus Adolphus. The king gave generous tax cuts to Dutch allies and encouraged German and Scottish residents to move to Gothenburg. Fishing and trade have been important industries for centuries, and the Port of Gothenburg is now the Nordic region’s biggest port.

Dutch allies helped build the town and held political power in Gothenburg. Dutch laws were followed, and the Dutch built the city walls. The walls protected the city for two centuries before they were torn down in 1810 when the city grew.

The Swedish East India Company brought the city prosperity during the 18th century. During Napoleon’s blockage, Gothenburg port became a vital stop for British goods. The port became an important transoceanic shipping link when the Gota Canal was completed in 1832. When Swedish emigration to the United States increased, Gothenburg port became Sweden's main departure point for these immigrants. Many Swedish immigrants settled in Gothenburg, Nebraska.

Gothenburg is home to two major universities. Car company Volvo was founded in Gothenburg in 1927 and is still headquartered there. Gothenburg hosts many regional events, including the Göteborg Basketball Festival, the Gothenburg Film Festival, and several music festivals.

Stop by the Haga District to explore a charming cultural area with cobbled streets, boutique shops, and historic houses.

Visitors that want to partake in Gothenburg’s most enduring trade can stop by Fish Church. Fish Church offers beautiful architecture and serves the city’s freshest fish and shellfish.

Take this self-guided tour to explore Gothenburg’s most notable sights.
Image Courtesy of Flickr and Fredrik.
How it works: Download the app "GPSmyCity: Walks in 1K+ Cities" from iTunes App Store or Google Play to your mobile phone or tablet. The app turns your mobile device into a personal tour guide and its built-in GPS navigation functions guide you from one tour stop to next. The app works offline, so no data plan is needed when traveling abroad.

The square's impressive Poseidon statue is one of the city's favorite symbols. Poseidon is the god of the sea, storms, earthquakes and horses in Greek mythology. The statue was created by Swedish sculptor Carl Milles and inaugurated in 1931. Poseidon stars in many photos and is lit at night.

The square hosts an annual culture festival. During the festival, Swedish artists such as Mustasch and Teddybears perform in the square.

Kingsgate Avenue is Gothenburg’s main boulevard. The design of the avenue was inspired by Vienna's Ring Road and the Champs-Elysees in Paris. The stately one kilometer avenue stretches from The Moat to Gota Square. Residents often refer to Kingsgate Avenue as simply "The Avenue."

Kingsgate Avenue was named after Kings Gate, which was replaced by a park in the 19th century. The avenue was originally a wealthy residential street. Today, Kingsgate Avenue features the Stora Teatern musical theater and many pubs, restaurants, and clubs.

Side streets feature intriguing finds that are worth exploring. For example, you'll find inexpensive restaurants and second-hand stores selling pre-loved designer brands such as Gucci.

The Avenue comes to life at night with pulsating nightclubs and vibrant bars.
Image Courtesy of Wikimedia and Bahnfrend.
3

3) Garden Society of Gothenburg (must see)

The Garden Society of Gothenburg was initially founded in 1842. This beautiful garden is one of Europe's favorite 19th-century parks. The Palm House was built in 1878 and is home to tropical plants such as palm trees.

The Garden Society has peaceful rolling lawns and perfectly landscaped ornamental gardens. Visitors can see an impressive variety of indigenous and exotic plants.

The rose garden is one of northern Europe's most celebrated. Over 1200 different types of roses bloom in the garden, and the smell is intoxicating.

The Stenpartiet area features rare and exotic plants. The Alfie Atkins' Cultural Centre is popular with kids who like to play and explore. The center has a reading corner, cafe, and activities such as math, theatre, music, and fitness. The outdoor playground has paths, swings, and slides.

During the honey season, visitors can see the demonstration beehive.

The Garden Society of Gothenburg has several refreshment options. Guests can enjoy the Cafe' Grindtugan or Rosencaféet, which is housed in one of the garden’s original buildings. Or, visit the Trädgår'n restaurant, which also hosts shows, concerts, and a nightclub.
Image Courtesy of Wikimedia and Gunnar Creutz.
4

King's Gate Square was built in 1852. The square was named after the King's Gate, which was part of the city's walls. During the 17th century, residents built walls and moats around the city. However, as the city grew, the walls and gates were no longer needed and were torn down in the early 19th century.

Today's visitors will find vendors selling hand-crafted wicker baskets and residents and tourists traveling to their next destination.

King's Gate features a statue of King Charles IX. The statue was sculpted by Swedish sculptor John Borjeson and inaugurated in 1904. King Charles IX fought to defend Sweden from Danish invasions. Charles' older brother was the king, and when he died, the crown went to Charles' nephew who was a devout Roman-Catholic. Charles IX championed the Protestant cause and eventually became the king of Sweden in 1604. His reign marked the final chapter of the religious Reformation in Sweden.

A church has stood on this site since the early 1600s. The initial small rectory was Gothenburg's first church and one of the new city's first buildings. Construction on the first cathedral began in 1626 and was completed in 1633. The church was designated as a cathedral in the 1680s.

Gothenburg Cathedral burned during a fire on April 15, 1721. However, the original walls survived the fire, and officials quickly rebuilt the cathedral. The cathedral was rebuilt with the same dimensions and reopened on May 25, 1722. Renovations and upgrades continued with a new copper roof and tower capital.

Another terrible fire burned the cathedral on December 20, 1802. This fire also destroyed 179 houses in addition to the cathedral's cemetery. The cathedral was so damaged that a complete rebuild was necessary. The current cathedral was completed in 1815. The tower was built in 1825, and its copper cladding was complete in time for the second inauguration in 1827.

The cathedral's grandfather clock was built in 1751 and survived the 1802 fire. The organ was made 1962 but features a traditional white and gold facade. The cathedral's tower began to lean in the early 20th century and was reinforced.
Image Courtesy of Wikimedia and D.O.G.A..
6

Warehouse Street is a popular shopping street in the city center. The warehouse refers to a popular magazine that had a warehouse on the street. The area used to a working class neighborhood, but these days it is a hip shopping district known for being the home of many local brands.

If you are hungry, Warehouse Street has plenty of options. Food trucks frequent the area, so you can always find something fresh and exciting. Warehouse Street's cafes are known for their exceptional baristas. Restaurants and cafes offer a variety of international cuisine, and many have outdoor seating.

Warehouse Street is a great location to experience the vibrant nightlife. Enjoy a delicious meal, music, and al fresco drinks.
Image Courtesy of Wikimedia and Historiker.
7

The Haga Church was designed by Adolf W. Edelsvärd and consecrated in 1859. It is one of Sweden's first Neo-Gothic churches. Haga was Gothenburg's first suburb in the 17th century, and it took 200 years for the area to get its own church.

Haga Church is a three-aisled basilica and features an impressive tower. The slender spire is 49 meters (161 feet) tall and has a gilded copper cross. The church's columns are made with cast iron, and the roof features English slate. The yellow facade bricks were imported from Germany, and the door and window frames were made in Scotland.

Behind the church, visitors will find a monument to Raoul Wallenberg, who saved thousands of Hungarian Jews during World War II.

The organ was installed in 1861 and has been restored to its original condition. Haga Church hosts events and concerts in addition to church services.
Image Courtesy of Wikimedia and David Castor (dcastor).
8

Haga was established in 1648 by Queen Kristina and is one of Gothenburg's oldest neighborhoods. Haga District has charming cobblestone streets and is pedestrian-only. This beautiful area brings visitors back to a simpler time before automobiles. The historic buildings were restored in the 1980s, and Haga Nygata is a popular pedestrian shopping street.

Haga Nygata features many historic homes in addition to popular shops, art galleries, cafes, and restaurants. Visitors will find a variety of independent shops along Haga Nygata. You’ll be able to find unique gifts, treasures for your home, or a sweet treat.

Haga Nygata also has many lovely and tempting cafes. Café Husaren is known for serving incredible plate-sized cinnamon buns. Visitors can enjoy their treats on outdoor terraces. In the spring and summer, the street hosts a weekend farmer's market. In the winter, don't miss the Christmas festivities.

The surrounding Haga District has many well-preserved traditional homes. These historic homes are called Governor's House, with one brick floor and two wood floors. City rules at the time prohibited wood houses that were more than two stories tall, so the brick floor addition was a way to get a larger residence while keeping the rules.

If you need to relax after all that walking and shopping, visit the Hagabadet. This beautiful and relaxing spa first opened in 1876. The spa has a main swimming pool with an exquisite mural and ceiling frescoes.
Image Courtesy of Flickr and Bernt Rostad.

Gothenburg’s architecture comes in a wide range of styles, from Gothic to modernist, including several 17th century buildings made of wood and great classical structures from the 18th century. Take this self-guided walking tour to admire Gothenburg’s historic places.