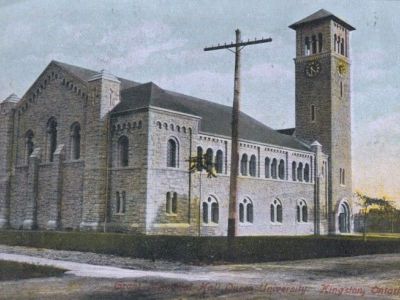 Grant Hall is a landmark on the campus of Queen's University in Kingston. It is located on University Avenue, just north of Bader Lane. Funds for its construction were raised by the Queen's student government to honour the legacy of then-Principal George Munro Grant. It has been used as a symbol of the university. Many ceremonial events, plays, and concerts take place in Grant Hall. As it is mainly a convocation hall, classes rarely take place within its walls, although it is used for exams. For a time during World War I it was also used as a military hospital.
Image Courtesy of Wikimedia and Skeezix1000.
Sight description based on Wikipedia.