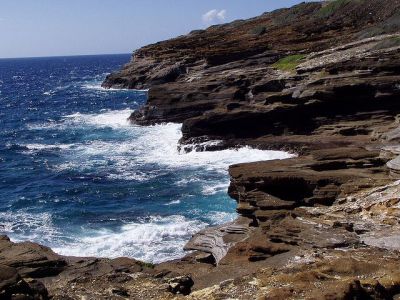 Halona Beach Cove, or Halona Blowhole, is a part of the Koko Head Regional Park. This blowhole in situated on a rocky coastline. It's visited yearly by a huge number of tourists because it was the place, where the love scene between Burt Lancaster and Deborah Kerr was filmed, in the movie From Here to Eternity. The true force of the blowhole can be seen on windy days. It's then that the true force of nature is revealed.
Image by paulidin on Flickr under Creative Commons License.